Showing posts from 2019
Show all

- December 18, 2019
According to a traditional Hebrew story, Abraham was sitting outside his tent one evening when he saw an old traveler, weary from age and travel, coming toward him. Abraham rushed out, greeted the traveler, and then invited him into his tent. There he washed the old man's feet and gave him food and drink. When the old man immediately began to eat without saying any prayer or blessing, Abraham asked him, "Don't you worship God?" The old traveler replied, "I worship only fire and reverence no other god." When he heard this, Abraham became incensed, grabbed the old man by the shoulders, and threw him out of his tent into the cold night air. When the old man had departed, God called to his friend Abraham and asked where the stranger was. Abraham replied, "I forced him out because he did not worship you." God answered, "I have suffered him these eighty years although he dishonors me. Could you not endure him one night?" [1] This mor
Post a Comment
Read more

- December 04, 2019
In the high-profile case of Navy Chief Petty Officer Edward Gallagher, President Trump has repeatedly intervened in the military justice system. Trump pushed for the Chief’s pretrial release, pardoned the Chief for allegedly committing war crimes, prevented the Navy from demoting him and finally stopped the SEALs from stripping Gallagher of his SEAL pin. On the one hand, President Trump is the Commander-in-Chief and has unlimited Constitutional authority to issue pardons. In the case of Chief Gallagher, Trump has not in any way violated the law. On the other hand, President Trump’s actions have three very serious negative consequences. First, his actions directly impugn the integrity and capability of the chain of command. This happens any time that a senior repeatedly interferes with the actions of subordinates. If subordinates are competent and trustworthy, then a senior owes those subordinates appropriate freedom of action and the attendant respect that accompanies that f
Post a Comment
Read more 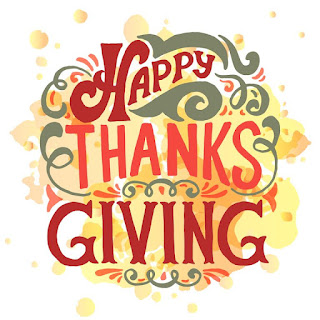 Genuine thanksgiving has two elements. First, thanksgiving requires expressing gratitude for something good or beneficial. Thankfulness also requires thanking the giver of the blessing, gift or goodness. We thank a cook for a delicious meal. Alternatively, winning the lottery leaves us with no one to thank – unless the allegedly random outcome was rigged. This Thanksgiving, ponder two questions: (1) For what are you thankful? (2) To whom should you give thanks? I am slowly learning to be thankful to myself for much of what I do, feel, and think. Variously formulated Christian theological doctrines such as original sin and total depravity wrongly and completely devalue humans. Created by God, each of is valuable and able to do good things. Low self-esteem and lack of self-respect are never part of the true humility that includes self-appreciation for those times when we faithfully walk in Jesus’ footsteps of sacrificial love. Concurrently, I am learning to reject excessive
Post a Comment
Read more

Labor and do not be weary

- November 20, 2019
“An American businessman was standing on the jetty in a Mexican coastal village when a small boat with several large yellowfin tuna and just one fisherman docked. The American complimented the Mexican on the quality of his fish and asked how long it had taken to catch them. “The Mexican replied, ’Only a little while.’ “The American then inquired why he didn’t stay out longer and catch more fish. The Mexican said he had enough to support his family’s immediate needs. The American then asked, ‘But what do you do with the rest of your time?’ “The Mexican said, ‘I sleep late, fish a little, play with children, take siesta with my wife, Maria, stroll into the village each evening where I sip wine and play guitar with my amigos . I have a full and busy life, Senor .’ “The American scoffed, ‘I am a Harvard MBA and can help you. You should spend more time fishing and with the proceeds buy a bigger boat. With your increased profit, you would buy several boats. Eventually you would
Post a Comment
Read more

- November 13, 2019
Hundreds of thousands of American Christians believe in the prosperity gospel. One prosperity gospel preacher, Mac Hammond, memorably teaches that “God wants you to be a winner in every area of life” and emphasizes biblical principles to help you win financially. He regards wealth as “both a tool for wielding righteous influence and a reward for righteous living.” [1] In its crudest version, the prosperity gospel says that God blesses Christians with wealth proportionate to the seed they plant, that is, to their financial gift to the preacher’s ministry. Don’t worry. Although Holy Nativity’s stewardship campaign is currently underway, my message this morning is not that God will bless you in proportion to your pledge. Haggai is one of the twelve minor prophets, minor connoting the length of the Old Testament books (two chapters in the case of Haggai) and not the importance of their message. All we know about Haggai is that he prophesied for three months in 520 B.C.E., the secon
Post a Comment
Read more

Religion and the lack of civility

- November 06, 2019
Nicholas Wade in his book, The Faith Instinct: How religion evolved and why it endures (New York: Penguin, 2009), argues that one evolutionary function of a religion is to bind a community together through common rituals and beliefs. In support of that claim, he points to Judaism which preserved Jewish identity even though the Jews lacked a nation state from the time of the Roman conquest until 1947. Wade argues that Protestant Christianity performed a similar community creating and preservation role in the United States, causing adaptations in Roman Catholicism and Judaism that enabled those religions to fit within the American context without disrupting community identity. Ethical standards were enforced through incentivizing ethical conformance with the promise or threat of eternal reward or punishment. God was imagined to behave like the Santa Claus of song, keeping a detailed list of who has been naughty and nice. In time, the dominant Christian ethos birthed American civil
Post a Comment
Read more

- November 01, 2019
A family had sold everything possible to pay bills and to buy food. Nevertheless, a burglar broke in one night when the family was gone. The family returned and found the door knocked off its hinges. "What did the burglar get?" the police investigator inquired. The head of the household just shook his head. "Practice," he said. The New Testament’s authors define a saint as any Christian, [1] the word’s meaning in today’s epistle reading. [2] But during Christianity’s first centuries, saint morphed to connote heroes of the faith, men and women whose embodiment of Christianity played large on history’s stage. Still popular among these heroes are Francis of Assisi, Julian of Norwich, and the twelve Apostles, which is why they are known as St. Matthew, St. Luke, etc. We Anglicans follow a flexible method for determining who to include in the roster of Saints with a capital “S”. We dub an individual Saint to recognize a person who lived the Christi
Post a Comment
Read more

Pride that goes before a fall

- October 30, 2019
A Hindu priest, rabbi and TV evangelist were caught in a terrific thunderstorm. They sought shelter at a farmhouse. "That storm will be raging for hours," the farmer told them. "You'd better spend the night here. The problem is, there's only room enough for two of you. One of you will have to sleep in the barn." "I'll be the one," volunteered the Hindu priest. "A little hardship is nothing to me." He went out to the barn. A few minutes later, the Hindu knocked at the door. "I'm sorry," he said, "but there is a cow in the barn. According to my religion, cows are sacred, and one must not intrude into their space." "Don't worry," said the rabbi. "Come on in. I'll go sleep in the barn." A few minutes later, the rabbi knocked at the door. "I hate to be a bother," he said, "but there is a pig in the barn. In my religion, pigs are considered unclean. I would feel uncom
Post a Comment
Read more
More posts