Showing posts from December, 2020
Show all

A Christmas message during a pandemic

A sermon without words? 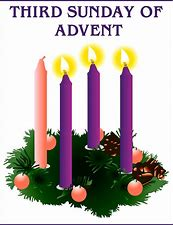 A medieval monk announced he would preach the next Sunday evening on "The Love of God." As the shadows fell and the light ceased to come in through the cathedral windows, the congregation gathered. In the semi-darkness, the monk lit a candle and carried it to the crucifix. First, he illumined the crown of thorns, next, the two wounded hands, then the marks of the spear wound. In the hush that fell, he blew out the candle and left the chancel. [1] I don’t know if that is a true story. I do know I find the story, set in the context of traditional Christian theology, a powerful description of God's love. Each Advent, we remember John the Baptist preparing the way for Jesus, John firmly insisting that he is not the long-awaited Messiah. [2]  We hear Isaiah’s proclamation that God has called the Messiah to give justice to the oppressed, heal the brokenhearted, set prisoners free and comfort the bereaved. [3] And on Christmas Day, we joyfully celebrate Jesus’ birth, confid
1 comment
Read more

Musings about establishing a Leadership PAC

Recent news media articles report that President Trump’s leadership political action committee (PAC) has raised more than $170 million. The PAC reportedly raised the money following his defeat in his bid for a second term as President. I’m thinking of establishing my own leadership PAC. Apparently, the only real limitation on how a leadership PAC can spend its money is a $5000 cap on a contribution to each political campaign. Money in a leadership PAC can legally fund an individual’s personal expenditures without limitation – at least if news media reports are correct. You like me, don’t you? You think that I, like Donald Trump, deserve to live a luxurious lifestyle paid for by someone else, don’t you? Wouldn’t you contribute generously to my leadership PAC even if contributions aren’t deductible on your taxes? Generous support for my leadership PAC may also help me, like Trump, enjoy a lavish lifestyle while concurrently managing my personal finances in a way that allows me to leg
Post a Comment
Read more

Spiritual growth during a pandemic

- December 02, 2020
Coping with the pandemic can easily feel more stressful with each passing month. The novelty of transacting business via Zoom and of visiting with friends via Skype is long gone. We miss direct human contact with no electronic intermediary. Wearing a mask, washing hands and watching the physical distance between self and others can feel tedious. The temptation to ignore those protocols grows even as the number of reported new cases seems to grow inexorably. We theoretically love (or, depending upon one’s living arrangements, at least like) the other members of our household. Yet, sometimes working and staying at home can start to feel like overexposure. Alternatively, persons who live alone may find their residence too empty with too much loneliness. Allow the pandemic to invite you to turn inward and to plumb your depths. Here are some questions to guide your  journey: Do you like yourself? If so, why? What are your strengths, gifts and assets? If not, remind yourself that
Post a Comment
Read more
More posts