Help me make it through the night 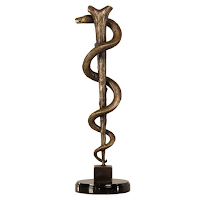 When Christian writer Sue Monk Kidd was pregnant with her second child, her three-year-old son, Bob, was afraid of the dark. Sue tried everything. She left a light on in the hall and a night-light on in Bob's room. Nothing she did helped; he was still scared of the dark and would cry out in the middle of the night. One night as she held him to comfort him, he touched her round abdomen. He asked, "Mama, is it dark inside there?"

Bob thought further, then asked, "There’s not even have a night-light, is there?"

Then Bob hugged his mother and she patted his head. Bob had one more question that night, "Do you think it’s scary all alone in there?"

"I don't think so," Sue explained, "the baby is not really alone. The baby is inside of me," It was a very special moment between mother and son. Suddenly, Sue had an inspiration. "And it's the same way with you." Sue explained to her son. "When it's dark and you think you're all by yourself, you really aren't. I carry you inside me too. Right here in my heart."

Sue remembers looking into her son's eyes, wondering if he understood what she meant. Having nothing else to say, Bob went back to bed and was soon asleep. That was the last time he woke up during the night scared.[1]

Children aren't the only ones whose fears disrupt life. For many, the Covid-19 pandemic has caused fear to become a daily companion. Will I or a loved one catch the virus? How sick will I or they become? How long will the sickness last? Will this pandemic ever end?

The Old Testament reading[2] records a story set in the context of Israel’s long trek from Egyptian slavery to the promised land. The discontented Israelites were whining about the food and lack of water. Their chronic whining was symptomatic of their distrusting God and disliking God's timetable. This is when poisonous serpents appeared among them. Many died. The survivors begged Moses for help. Moses, after consulting God, directed them to craft a bronze serpent and erect it atop a pole. By looking at the bronze serpent, a person bitten by a poisonous serpent was healed. Two aspects of this story are especially timely.

First, sin can corrupt symbols of goodness into symbols of evil.[3] Moses’ bronze serpent was placed in Solomon’s temple as a reminder of God's faithfulness and healing love. Yet King Hezekiah, who ruled Israel in the late eighth century BCE and was one of Israel’s more faithful kings, had the bronze serpent destroyed because it had become an object of pagan worship.[4]

In the present pandemic, some persons, frustrated by the pandemic’s length and inflamed by ignorance masquerading as knowledge, vilify the Centers for Disease Control, scientists and evidence-based medicine. They thereby corrupt sources of healing and encouragement into symbols of evil. Distrust erodes trust, fiction replaces fact, and political loyalty supersedes science. Sin during the pandemic includes minimizing Covid-19 as similar to flu, calling the pandemic’s existence a lie, advocating falsehoods and irresponsibility instead of scientifically grounded safeguards, and dissing vaccines as hoaxes or worse.

Second, the power to cure ultimately belongs to God. In the present pandemic, God heals as we love our neighbors. Neighbor love includes social distancing, mask wearing and following sanitation protocols. God heals by giving scientists and medical professionals the wisdom to develop efficacious, safe treatments and vaccines, people the courage to trust those treatments and vaccines, and everyone the patience until the pandemic ends. Living with prudence, courage and patience allows God's light to shine through us; we become sacramental beacons of God's transformative healing and life-giving power.

Sue Monk Kidd said it well to her three-year-old son Bobby. "I carry you inside me too. Right here in my heart." So it is with God. "First God was only `up there'" she explains. "Then God was `all around.' Next I began to see that God was also `within me.' And now, most shocking of all," Sue says, "I was finding that I am and always was `within God.'"[5]

When we look to Jesus, when we think of him lifted upon the cross, light shines into our lives and, if we allow ourselves, we are drawn deeper into the mystery, healing and life-giving power of God. That’s the promise of this morning’s gospel reading.[6]  We are in God and God is in us. Amen.