Showing posts from April, 2021
Show all

The fragility of democracy 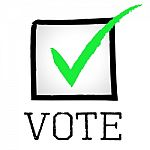 Democracy is the worst form of government, except for all the others. - Winston Churchill Some commentators described the January 6, 2021, assault on the U.S. Capitol as an insurrection. If “insurrection” denotes an armed uprising against authority, then what happened in Washington, DC, on January 6 was an insurrection. If “insurrection” denotes an organized armed uprising with a reasonable chance of succeeding in its efforts to overthrow the government, then what happened in Washington, DC, on January 6 was not an insurrection. In either case, the DC riot prompted these musings about the durability and future of US democracy. Coincidentally, in early January I read Volker Ulrich’s two volume biography of Hitler ( Ascent: 1889-1939 and Downfall: 1939-1945 ). Hitler was: Egocentric, at times megalomaniacal. The longer he ruled Germany, the more confident he became that he was a better military strategist than were the uniformed leaders of Germany’s military. Supremely self-confi
Post a Comment
Read more 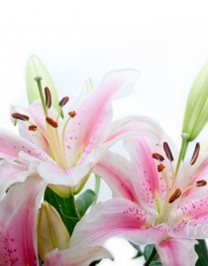 Life can easily feel severely constricted, perhaps even suspended, during the Covid-19 pandemic. The virus has caused more than a million deaths, left some patients experiencing harmful effects for months or years, and prompted both health and political authorities to promote (sometimes mandate) social distancing, mask wearing and significant restrictions on business, travel and other activities. Persons fatal illnesses or diseases may resent the loss of their very limited, irreplaceable time. And just when the virus’ spread appears under control, another surge of new cases emerges with an increase in fatalities and (re)imposition of restrictions on pre-pandemic normal human activities. Consequently, some people, once fully vaccinated against Covid-19 and sufficient time having passed for the vaccine to become fully effective, almost feel resurrected. Light shines at the end of the pandemic’s nightmare tunnel. The prospect of resuming normal activities – dining with family and frie
Post a Comment
Read more
More posts