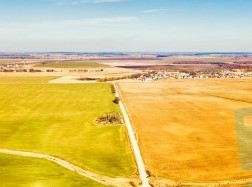 Tribal conflicts characterize contemporary American life. People identify by gender or gender orientation, ethnicity or race, economic strata, by political preference or orientation, and so forth. They then reject or treat as second-rate people from other tribes.

Tribal identification and conflict are not new. The Bible's oldest portions are full of tribal conflicts. For example:

·     Abraham’s two sons, Isaac and Ishmael, competed in a conflict that continues today in the enmity between some Jews and some Muslims[1]

·    Abraham’s grandsons and Isaac’s sons, Jacob and Esau, about whom we heard in this morning’s reading from Genesis, two tribes first identified with Israel and Edom,[2] later identified with the conflict between urban and rural, a conflict that continues today[3]

·    The conflict between the ten northern and two southern tribes of nation of Israel that began when Solomon died, a conflict that first manifested itself in wars between the kingdoms of Israel and Judah, then morphed into the controversy between the Jews and Samaritans.

In today’s parable from Matthew,[5] the Holy Spirit is the sower; the seed is God's love. We – and I intentionally use the plural pronoun – we are the soil. No crop planted by a farmer grows in a single bit of soil. Soil is inherently a plural noun. Plants thrive best in a rich mixture of nutrients. Poor soil – the rocky, thin soil in the parable – lacks depth and richness. In other words, the good soil is God's beloved community in all of its varied manifestations. The Holy Spirit plants seeds of love yielding a harvest of justice and reconciliation through which people experience love, liberation and abundant life. We welcome all people because each enriches our community, the soil in which the Holy Spirit plants; we welcome all people because in their love, liberation and abundant living we collectively become the beloved community, bringing justice, reconciliation and healing to broken people and a broken world. And in doing so we follow in Jesus’ footsteps.

To which tribe do you belong? Tribalists live in thin, rocky soil, full of weeds, against which they struggle merely to survive. Identity politics then supplants commonality. Jesus people seek good soil, finding the world a friendly place conducive to human flourishing.[7]

I personally choose to live in the good soil of Jesus. I hope you make the same choice.