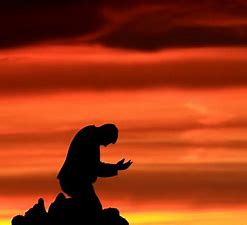 My friend who inquired about God also had questions about prayer.

Discussions of prayer often founder from a lack of definitional clarity. “Prayer” denotes intentional efforts to interact with God, God imagined in terms of light, energy, ultimate reality, etc. (cf. the recent Ethical Musings’ post, Musings about God). Prayer, therefore, may take the form of meditation, contemplation, oral statements or thoughts (e.g., the Lord's Prayer or extemporaneous words), and actions meant to express love for God or others (e.g., participating in rituals such as Holy Communion, feeding the hungry, and embracing the hurting). All of these varied activities may afford opportunity to increase one’s awareness of God's abiding presence.

Prayer can be efficacious in three ways.

Frist, prayer touches the person praying. Prayer may turn the attention of the one praying toward God, thereby potentially increasing the person’s openness to correctly sensing God's nudging or luring. The openness may occur in the moment of prayer or at varied times after praying. Prayer also may help the person praying to have more accurate self-perception, better self-awareness, etc.

Second, prayer touches God. God, in process thought, is not immutable. God changes in response to what occurs in creation. Praying may change God by giving God a new, better approach to nudging or luring the person praying. Praying may change God by adding weight (i.e., aligning human desires with God's aim) to God's nudging or luring of another person. In all cases, prayer changes God by giving God knowledge of an event (prayer) that otherwise would not have occurred. God's omniscience ensures that God “hears” all prayers.

Third, prayer touches the person for whom one prays. This “touch” may be so slight that the person does not feel it in any meaningful way. This “touch” may be strong enough to be felt by the one for whom prayer is offered. In this case, the “touch” may align with the prayers of others, combining to produce a more pronounced effect. Similarly, the “touch” may align with God's aim, also combining to result in a more pronounced effect. The effect may be for the person to align more closely with God's aim. Or, the effect may be in nudging the person to be more open to God in the future.

Quantum entanglement represents another way in which prayer may result in the person praying effecting the subject of prayer. Quantum entanglement posits that a sub-atomic particle, once entangled with another particle, always remains entangled with the second particle. Some process theologians speculate that this creates the possibility for one person to affect another through prayer.

A major frustration with prayer that many people experience – me included – is that ascertaining specific outcomes from praying is impossible. One difficulty is that God is ineffable, irreducible to human concepts and images. Consequently, the effect of prayer on God is unknowable.

Another difficulty in determining prayer’s efficaciousness is that life has literally countless dynamics operating concurrently. Attempting to separate the effect of one dynamic, when multiple other dynamics are unknown and unmeasurable, is impossible. In this way, assessing prayer differs from scientific experimentation in which the experimenter seeks to measure the effect of specific treatments, e.g., determining the outcome of applying a measured amount of heat to a measured amount of water. Other effects, such as prayer for the water to boil faster, may be non-existent or so slight as to be immaterial. Furthermore, conducting blind studies with test and placebo groups is also impossible. No persons are the same or in the same situation. The studies that have been done generally point to the efficaciousness or prayer but lack scientific rigor for reasons already noted (cf. Dale A. Matthews with Connie Clark, The Faith Factor (New York: Penguin Putnam, 1998) and Harold G. Koenig, Michael E. McCullough, and David B. Larson, Handbook of Religion and Health (New York: Oxford University Press, 2001)).

Experience and the testimonies of people who have spent a large amount of time praying are therefore the best evidence of prayer’s efficacy.